What is a Japanese garden

The landscape in Japanese garden

Japan has four seasons. The difference of the season is very clear, so each season has each face. Autumn suddenly comes after summer.
Japan has rainy season between spring and summer. The rainy season starts suddenly and it ends suddenly.

This multiple faces enable us to see the beautiful scene.

Japanese garden in each season

I am unsure this section. This is what I learnt long time a go. 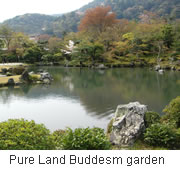 The nobilities have huge pond and hill garden. Gardens are surrounded by baronial mansion.

The Japanese oldest gardening book (stroll) was written in mid of 11th century. It tells do not conflict with nature, merge garden and nature, think about season etc.

Zen buddhism was introduced from China. The gardens were influenced by Zen.

Zen denomination has more power around this term. The Zen garden established the policy.

Tea ceremony was getting popular. Many tea gardens were created.
Samurai began to have strong power around this term. They enjoy tea ceremony in their tea garden.

Feudal lords had a big stroll garden. The big garden did not open to public.

The garden have pond, stream, tea house, or everything related with Japanese garden.

Samurai period had finished. Feudalism ends and Japan was opened.
A lot of things were brought to Japan. The garden got westernised. 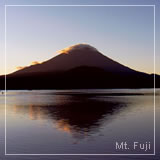